Santa Cruz Boardwalk Beach – All You Need to Know 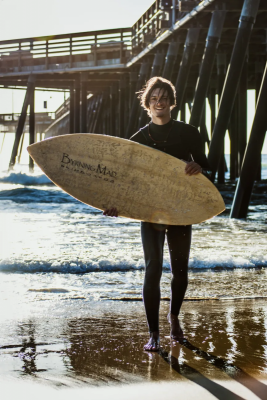 Santa Cruz is a city of legendary imagery, settled along the endless coastline of America’s former Wild West, California, this city is found 32 miles south of San Jose and is an icon of the easy-going lifestyle of Californians everywhere. Santa Cruz began its history as a Spanish settlement and mission in the year 1791, growing out of its humble roots the city flourished as a center for lumber and agriculture and was incorporated into the United States by 1866, receiving its city charter ten years later!  Since those early days the city and surrounding county has only grown, and is known for its role as an educational hub within the state, as well as its towering redwood forests, socially liberated citizens and alternative community values, but most of all the city is remembered and revered for its stunning untamed coastline and beach fronts!

However out of its 34 beaches, dotted along its 29 miles of scenic coastline, only one beach truly captures the sense of laid back style and idyllic imagery of the Golden State that so many travelers and trekkers seek when exploring the Gold coast, and that beach is the Santa Cruz Boardwalk Beach.

From front page features on travel magazines the world over, to an iconic shooting location in cult classic films like 1987s Back to the Beach or the more recent blockbuster by Jordan Peele, Us, Santa Cruz beach is a site seen the world over and its visually stunning Boardwalk is a staple image that comes to mind when people daydream of time away in the sun-soaked sands of Cali! Which is why this comprehensive guide will help you, get the most out of your trip to the golden front beach of Santa Cruz.

The Santa Cruz Beach Boardwalk began in the early 1900s as the city began its transformation from a center of industry, to a community beach town, prompting the creation of early internal tourism in the city as well as prompting the creation of oceanfront amusement park. The boardwalk and its corresponding rides were founded in 1907 and as such, that makes it California’s oldest surviving amusement park to this day! It is also one of only seven seaside parks on the West Coast of the United States and It has also won the Best Seaside Amusement Park Award in the Golden Ticket Awards from Amusement Today every year since 2007! (Well except for 2015, you win that one Morey’s Pier!)

The Boardwalk was built to support the towns growing food, drink, and theater industries and gains its roots from the original Casino of Swanton. Although during the early years gambling was never legal, it was well known that guests could take small boats from the pier to a ship docked in the harbor so as to play games of chance and one of Santa Cruz earliest entrepreneurs, Fred W. Swanton built his first casino, which tragically burnt down just 22 months after its first opening in 1904, however he was able to rebuild and in 1907 reopened with an even bigger and better version.  The Boardwalk continued to grow and In 1908, the first “thrill ride” opened, a miniature railway, followed by a carousel which was installed in 1911 to continue the expanse of the Boardwalk, in 1911 Swanton developed the Casa Del Rey Hotel across the street from the Casino.

The beach was a destination for railroads and city trolley from 1875, bringing residents from all over the real surf city to its gold swept beaches. However, from 1927 the Southern Pacific Railroad began the process of running special excursion trains to the park from the surrounding cities of San Francisco, Oakland, and San Jose, meaning that every summer holiday the city would fill with citizens from all over the United States, and as the world has grown ever more connected with the birth of flight routes and interstate highways, so too has Santa Cruz continued to attract travelers, surf shredders and beach dwellers from all over the world!

Below we have provided some detailed features on Santa Cruz most popular beach, as well as the activities and sights you can expect from this Unique and Historic location!

The Boardwalk extends along a scenic mile-long public beach on the Monterey Bay National Marine Sanctuary and the beach itself reaches from the east of the Santa Cruz Municipal Wharf to the mouth of the San Lorenzo River.

Once you enter the boardwalk you will notice that along the eastern end of the boardwalk is a variety of different rides and attractions, the most notable of which includes the Giant Dipper, a wooden roller coaster that is one of the most visible landmarks in Santa Cruz. The Dipper roller coaster and the Boardwalks Carousel are both on the US National Register of Historic Places and were declared to be a National Historic Landmark in 1987.

At the western edge of the park, there is a large building called Neptune’s Kingdom, a pirate-themed recreation center that contains Buccaneer Bays indoor Miniature Golf , which has a two-story 18-hole course with a variety of different miniature golf holes, each with their own challenge and style! Neptune’s Kingdom also contains Smuggler’s Arcade which has a variety of classic and new arcade games for patrons to try!

Attached to Neptune’s Kingdom is the Casino Fun Center which contains a laser tag arena for teams to battle it out in, as well as the Laser Vault challenge which is a test of balance and agility as you avoid touching the glowing laser beams and make your way through the maze! Directly across the street from The Casino Fun center is the Boardwalk Bowl which is a state-of-the-art facility for family bowling. Below the fun center is one of the boardwalks best kept secrets, where only the brave venture to take part in Santa Cruz very own Fright Walk which will impress even the bravest of thrill-seekers with its use of high-tech surprises combined with some good old-fashioned style frights.

At the end of the western section of the Boardwalk is Cocoanut Grove banquet room and conference center and the Aloha Group Picnic area where travelers and families can take a moment to relax and sit back in Santa Cruz summer sunshine after an eventful day exploring the 24-acre park filled with old-style carnival rides and traditional snack booths!

The Main Beach itself

Besides the boardwalk, the main reason to visit Santa Cruz is of course its beautiful beach. The sunny weather and sandy shores make the main beach an attractive spot for sunbathers and beach strollers alike! The safe waters of main beach are perfect for swimmers as lifeguards regularly patrol the area and are always watching from their lifeguard towers and the sand volleyball courts gives any group or solo traveler the chance to play a few rounds, perhaps even meaning you can meet some new friends!

Located on the other side of the wharf, and right next to main beach is Cowell Beach, which is one of the many beaches that gives Santa Cruz its nickname of the real surf city! This location is of course popular with surfers and bodyboarders thanks to its fantastic swells and prime surf conditions. It is also a great place for newbies to grab a few lessons, under the watchful eye of patrolling lifeguards and registered training instructors of course, and the Surf City center located on Santa Cruz Wharf is a great location to rent a surfboard or grab a lesson.

Built in 1914 to serve deep-water vessels the Santa Cruz Wharf as we know it today is used as a fishing pier and sightseeing vantage point. However, it is also one of Santa Cruz’s most popular places to sample local seafood, with nine seafood specialty restaurants located on or around the wharf, with Riva Fish House and Stagnaro Bros being two of the more popular restaurants! The wharf also has lots of little places to buy souvenirs, with plenty of shops and boutiques for the wandering traveler to get lost in!

The wharf also provides a great location for sea lion viewing and the lovable lions of the sea make their home here all year round, providing you with the perfect spot to view their playful splashing. A viewing area allows visitors a good look at the sea lions resting on the pier structure and during specific seasons the eagle-eyed traveler can spot whales, dolphins, and otters from the wharf’s end.

The wharf also provides an outlet water sports shops for the more open ocean minded of adventurers and gives travelers the chance to rent fishing or scuba gear, boats, and kayaks, giving you the chance to get a little closer to the water.

Located at 35 Pacific Avenue, directly across from the wharf’s entrance is the Monterey Bay National Marine Sanctuary Exploration Center. The facility contains a variety of interactive exhibits that educate visitors about how to enjoy the ocean responsibly, as well as how to help protect the marine environment. Travelers can explore the sanctuary’s remarkable marine environment through a floor to ceiling Biodiversity Kelp Forest, an Intertidal Touch pool, and an Open-Ocean Mini-Theater which shows stunning footage of the regions migratory species such as Ocean sunfish, dolphins and whales, providing an informative and interactive way to discover what goes on under Santa Cruz blue waves.

Admission to the Wharf and Monterey Bay Marine Sanctuary is also free but make sure to budget for shopping and eating out!

There are quite a few options for accommodation near Santa Cruz Beach, however, will go through three different options suited for alternate types of travelers.

Santa Cruz provides the perfect location to spot the ocean’s most mysterious marine animal, the whale! From April through to November, humpback whales migrate through the region while there is also a small population of humpbacks that stick around all summer to feast on the bay’s native fish life.

In late spring travelers might also catch a glimpse of migrating killer whales, and pods of the gigantic blue whales are also regularly seen in Monterey Bay!

The nearest airport to Santa Cruz is San Jose Airport (SJC) and there are several ways to get to Santa Cruz Beach Boardwalk from the airport, providing you with plenty of options for any type of traveler! Check out the best flight deals.

You can also travel by Bus number 60 to the San Jose Diridon Station, and from there get the Caltrain or Rapid 55 express to the Santa Cruz Metro Centre, followed by a journey on the Metro 17 line will have you stepping out into the blinding sunshine of Santa Cruz Beach! This journey will last a little longer, lasting between 2 to 3 hours and will cost you around 50 dollars.

No matter what your day out desires are, Santa Cruz Main beach provides for all of them, whether you want to hit the best surf on the West Coast, take in the local seafood eateries or just enjoy a day at the carnival, Cali style, then Santa Cruz main beach is the place to put on your next itinerary! 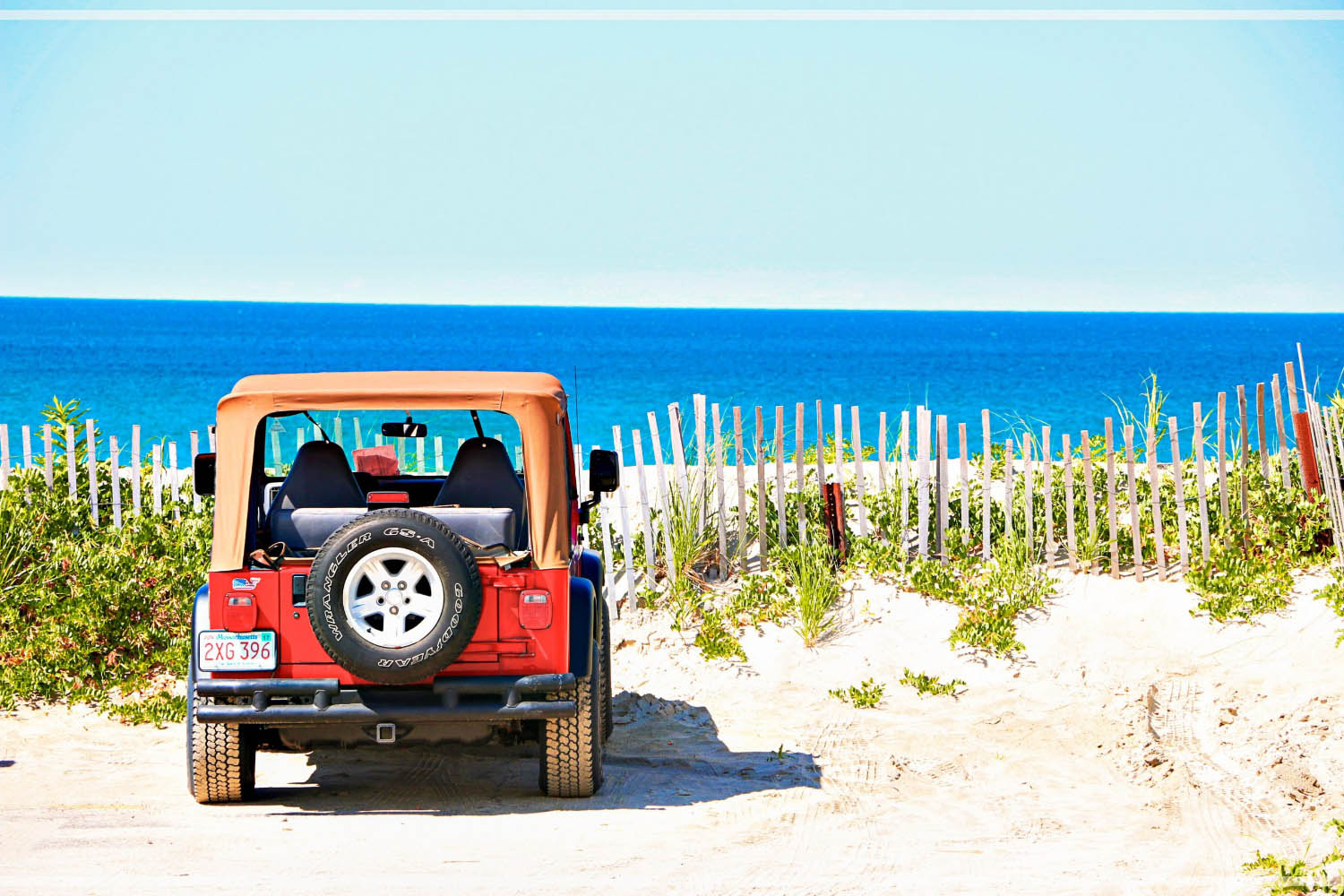 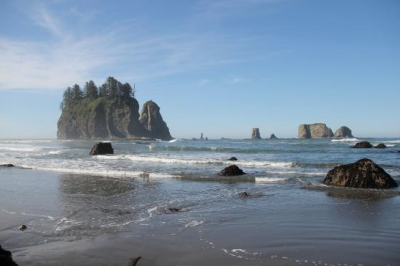 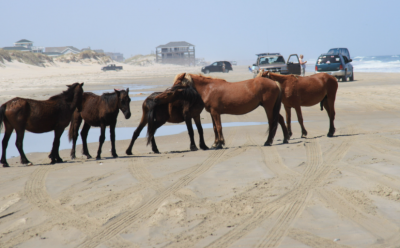 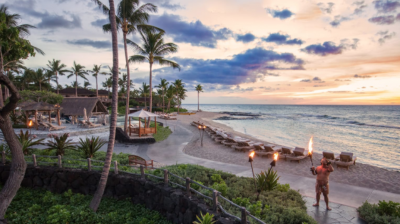